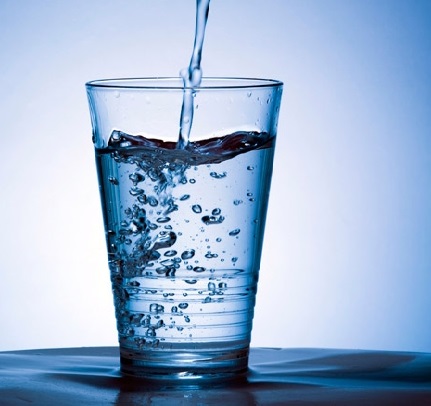 Six years ago, in March 2009, a New Jersey state advisory panel recommended adopting a water safety standard for an unregulated chemical. Since that time the NJDEP has not acted on that nor a dozen others chemicals noted in the recommendation. Now New Jersey lawmakers are considering a bill to force Gov. Chris Christie’s administration to adopt a water safety standard.

The bill, from Assemblyman Herb Conaway, D-7th of Delanco, seeks to regulate a maximum contaminant level from 1,2,3-trichloropropane, also known as 1,2,3-TCP, which was discovered in water samples taken from two wells in Moorestown in 2013.

Trichloropropane is a man-made chemical typically found at industrial or hazardous waste sites and has been used as an industrial solvent and as a cleaning and degreasing agent. Although classified as a “likely carcinogen” by the U.S. Environmental Protection Agency, the chemical is not regulated by either the state or federal government.

Statement from Bill A3954

“The chemical, 1,2,3-TCP, is a man-made and persistent substance used for paint removal and other purposes.  It has been classified a “likely” carcinogen by the United States Environmental Protection Agency.  According to the DEP, it is a potent genotoxic carcinogen which occurs in drinking water at levels resulting in significant cancer risk based on test results from New Jersey public and non-public water supplies.  The contaminant has recently been found in Moorestown’s water supply, causing town officials to shut down two of its primary wells.  Therefore, it is imperative that water purveyors and suppliers take immediate steps to reduce the level of 1,2,3-TCP in drinking water.”

The discovery of the chemical in the Moorestown water samples still prompted the New Jersey Department of Environmental Protection to advise the municipality to shut down its two wells in October. The township complied, and the wells have remained off-line while it works with the DEP to develop a plan to address the situation.

But the DEP, which recommended the wells be shut down, has not acted on a more than 6-year-old recommendation from the Drinking Water Quality Institute to set a maximum contaminant level for the chemical.

The advisory panel, which is made up of state environmental and health officials and public appointees, recommended that the DEP adopt a maximum acceptable level of 0.03 parts per billion for 1,2,3-TCP in all New Jersey water systems.

The recommended TCP limit would be much stricter than the limit set by Hawaii, the only state to regulate the chemical in drinking water.

The DEP has not acted on the institute’s recommendation for 1,2,3-TCP nor on about a dozen others that were forwarded in March 2009.

DEP spokesman Bob Considine said the department was waiting for the EPA to complete a “scientific analysis” to determine a national-health-based standard for the chemical.

The Moorestown wells were tested for TCP as part of the EPA’s program to evaluate the unregulated chemicals and determine whether a standard should be set and at what level. It was not immediately clear when that process will be completed.

In the wake of the Moorestown well closures, Conaway and Assembly colleague Troy Singleton, D-7th of Palmyra, introduced legislation to require the state to establish a maximum contaminant level at 0.03 parts per billion within 180 days.

On March 19, 2015, the bill was reported out of the Assembly Environment and Solid Waste Committee with amendments, 2nd reading, requiring the Drinking Water Quality Institute to research the issue of TCP in drinking water again and issue a new recommendation. The DEP still would be required to adopt the institute’s recommendation within 180 days.

The amended A3954 Bill comments

Be It Enacted by the Senate and General Assembly of the State of New Jersey:

1.    a.  The Drinking Water Quality Institute established pursuant to section 10 of P.L.1983, c.443 (C.58:12A-20) shall 1study the issue of 1,2,3-trichloropropane levels in drinking water and1 , within 90 days after the date of enactment of this act, recommend to the Department of Environmental Protection a maximum contaminant level for 1,2,3-trichloropropane in drinking water 1[, which shall be no more than 0.03 parts per billion]1 .”

During the hearing, Conaway, who is a physician, said public health demands that the state take fast action on establishing a safe limit.

“It’s a chemical concern. I urge your consideration on this, and I hope you get our state on the way to passing a maximum concentration limit,” he said. “We’ve found it in test wells in Moorestown. It’s certainly likely it will be found in other places in our state.”

Environmental groups also support the bill, noting that the state has failed to act on the institute’s recommendation from years ago.

“If the DEP and Drinking Water Quality Institute were doing it, we wouldn’t need this bill,” said Jeff Tittel, director of the New Jersey Sierra Club.

Dave Pringle, New Jersey campaign director for the advocacy group Clean Water Action, said the institute has met once during the last five years of the Christie administration and that the DEP has failed to act on its recommendations.

“(Christie) has prevented the institute from doing its job, so I commend the Legislature for stepping in,” Pringle said.

The Association of Environmental Authorities of New Jersey, which advocates on behalf of publicly owned utilities, opposes Conaway’s bill, saying the association agrees that the chemical should be regulated but that it would be better if the limit was established by DEP regulations.

“There’s a variety of parameters for different substances to be measured. That’s why the administration process makes sense,” said Peggy Gallos, the association’s executive director.

Gallos did not know how many public water systems would be impacted by the recommended TCP limit.

Moorestown officials have stressed that the township’s drinking water is safe, and that they intend to take steps to address any TCP contamination and reopen the closed wells, where 1,2,3-TCP concentrations were found to be 0.036 parts per billion. In the meantime, the municipality continues to rely on its remaining wells and water supplies purchased from New Jersey American.

Previous Post: « TTI to exhibit at Booth 222 the SAME JETC Conference in Houston, May 19-22, 2015
Next Post: OSHA updates requirements for HAZCOM »